This release arrives with a number of bug fixes and the inclusion of the remaining Song importers.

We are very proud to announce the Second  release candidate for OpenLP 2.0, codename "Ophthalmic Obadiah".

This new release, version 1.9.11, is a preview of what the final version of OpenLP will look like. This release does not contain any major new features, and mostly consists of bug fixes and minor enhancements.

There will be no more development on features in this version, all new development will happen in the next version of OpenLP.

Minor features and enhancements in OpenLP 1.9.11

After much discussion, the developers have tentatively put the final release of OpenLP 2.0 in mid-October this year. This is a very auspicious occasion, since OpenLP 2.0 has been in development since September 2008. So after 4 long hard years of work, we can think of no better way to celebrate the release of OpenLP 2.0 than to throw a big party.

Unfortunately, being much of a global affair, it will be rather difficult to get everyone from around the world to the same place to celebrate the release of OpenLP 2.0. A better solution would be for people in various areas to host regional release parties.

Remember that release parties do not need to involve computers at all! You can get together at a local pub or restaurant, or host a bit of a party at someone's house. The release parties don't have to happen on the day of OpenLP's release either, they can be a week or two or three later. If you have any ideas of how to celebrate OpenLP's release, feel free to post your ideas in the forums too.

Following hot on the heels of the 1.9.10 release the next version of the Android client has escaped.

This client version works best with 1.9.10 but will also work (with restricted functionality) with other versions.

The new features added since 0.4 are:

We are very proud to announce the first release candidate for OpenLP 2.0, codename "Admirable Anna". This new release, version 1.9.10, is a preview of what the final version of OpenLP will look like. This release does not contain any major new features, and mostly consists of bug fixes and minor enhancements. There will be no more development on features in this version, all new development will happen in the next version of OpenLP.

Minor features and enhancements in OpenLP 1.9.10

When using song imports, if the filename or its folder contains non-ascii characters, then this may cause a crash. A workaround is to rename the file/use a different folder with plain a-z characters. Only affects imports from openlp.org 1.x, OpenLP 2.0, EasySlides, EasyWorship, PowerSong, and ZionWorx.

Getting Ready for the Final Release of OpenLP 2.0

Are you a web designer? Do you know Drupal? We need you!

We're looking for a web designer who knows Drupal to redesign our web site for the upcoming OpenLP 2.0 launch later this year. We will be upgrading the web site to Drupal 7, and moving our forums over to Vanilla Forums, so we need someone who at least has experience with Drupal 7, and possibly experience with Vanilla Forums too. The theme needs to be based on our new logo and the colour scheme that goes with it. We can provide you with the SVG file, and any other help you need.

We're also looking for some people who can help maintain the site. This isn't a huge job, thanks to Drupal, but we do need folks who can troubleshoot any bugs that arise (there have been a couple since our recent upgrade to Drupal 6), and update the Drupal installation with newer versions of modules and the Drupal core when new minor releases come out.

There was also a prophet, Anna, the daughter of Penuel, of the tribe of Asher. She was very old; she had lived with her husband seven years after her marriage, and then was a widow until she was eighty-four. She never left the temple but worshiped night and day, fasting and praying. Coming up to them at that very moment, she gave thanks to God and spoke about the child to all who were looking forward to the redemption of Jerusalem.

Thanks to some hard work from one of our users, Joey Sour, we now have a whole bunch more video tutorials on how to use OpenLP! If you want to watch them, check out the A/V Tools page on his church's web site, where he has uploaded them.

In addition to Joey's videos, we have a couple of tutorials we've done ourselves on our YouTube channel. You can view those, plus Joey's and other videos from the community on our channel page. 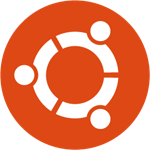 This week is only halfway through, and it has an exciting few days! First we found out that OpenLP has made it into Debian, and now I can proudly announce that OpenLP is part of Ubuntu as well (and Kubuntu, Lubuntu and Xubuntu by extension)!

OpenLP is in the "main" repository for Ubuntu 12.10, which means that when you install Ubuntu, you can immediately install OpenLP too. No more PPAs or extra repositories to enable.

We have also been able to get OpenLP "backported" into Ubuntu 12.04! This means that once you have enabled the "backports" repository (in Software Sources), you can also download and install OpenLP in Precise Pangolin.

Don't forget that you can find OpenLP in openSUSE and Fedora too.

Ladies and gentlemen, I am extremely happy to announce that as from today you can install OpenLP in Debian Linux (unstable) by simply typing in apt-get install openlp - yes, that's right, OpenLP is in the Debian repositories.

This is a really significant step for OpenLP because a number of the really popular Linux distributions are based on Debian, and thus OpenLP will filter down into distributions like Ubuntu, Kubuntu and Linux Mint in the near future. For instance, you should find OpenLP in Ubuntu 12.10 when it comes out in October this year.

Over the last few weeks, we've started collecting action shots from many of our users on our OpenLP page on Facebook. If you'd like to see your action shot in our album, please just post it to our wall, and we'll pick it up from there. If you're not yet a fan of the OpenLP page, I recommend you "Like" us now!

I've just put together a very basic tutorial on how to get your first service up and running. I've embedded it below in HTML5 video. If you can't see it, you can download it and watch it in VLC using the link below, or you'll have to wait a little until I've uploaded it to our YouTube channel.

We believe that all the functionality which was in version 1.2 has now been included in version 2.0, and for the next few months we will be focusing our efforts on fixing as many outstanding bugs as we can.

Of course we have also fixed over 46 bugs in this release!

The full list of changes can be seen on our launchpad page.